The Unrivaled Benefit of Teamwork 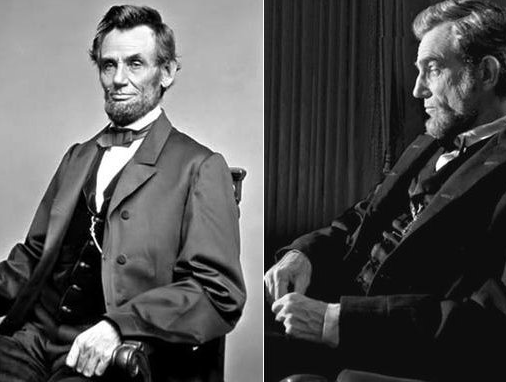 “Team of Rivals” is the acclaimed biography of Abraham Lincoln by Doris Kearns Goodwin that was the inspiration for Steven Speilberg’s 2011 biopic, “Lincoln”. The book details Lincoln’s strategy of building a team, i.e. his cabinet, containing, amongst others, a number of his political enemies of the day. Yes, you could point to the historically-tested advantage of keeping your friends close, but your enemies closer, especially given his determination to bring an end to slavery. But he also recognised and respected his rivals’ talent and he wanted to harness it for the betterment of his team and, ultimately, his country.

Teamwork was at the core of Lincoln’s strategy. Be it government, business, partnerships (personal and otherwise) or sports, the principle of the whole being greater than the sum of its parts is a well-worn cliché. But it’s well-worn because it’s true.

In software development, the concept of integration has become increasingly important for the customer. They want their systems to work as a team, to integrate, to give them a solution that is greater than the sum of its parts.

Rostering, also known as scheduling, is about knowing who is available to work and ensuring that the right people are working in the right place at the right time. What is meant by the ‘right’ person varies, of course, depending on the needs of the Fire and Rescue Service. It may depend on their role, for example, the number of hours they worked leading up to the shift, or the skills the Emergency Service needs on that day, at that location. Post-shift, the Fire Department may also need to know the skills staff used during their shift and the remuneration they might be entitled to. That’s a lot of data covering multiple systems: Rostering, Competency Compliance, Time & Attendance and Payroll but also, potentially, HR, Command & Control and MIS. The integration of those systems is teamwork in all its glory. 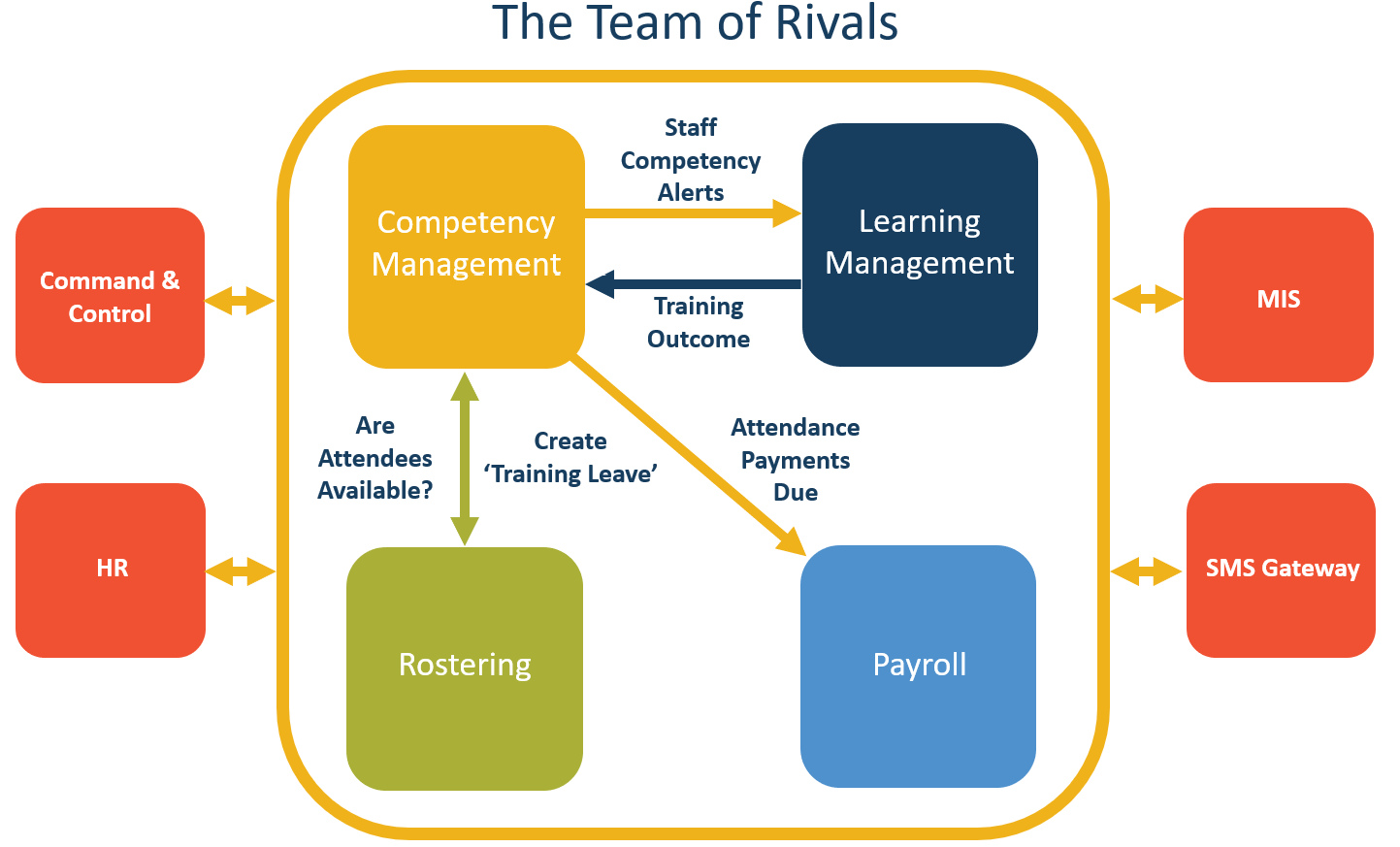 Fire and Rescue Services are entitled to expect quality solutions to address all their operational needs. But sometimes there is no one provider who can deliver a suitable system in that regard. In fairness, the Command & Control provider would be the first to admit that payroll, competency compliance and rostering are not their areas of expertise. That’s why it is crucial for providers to not only deliver quality solutions but also solutions that can easily integrate with the customer’s other key systems. That way they are helping to deliver the ultimate management solution built on the principle of the whole being greater than the sum of its parts. The Team of Rivals are delivering for the greater good.