Was it or wasn’t it Aristotle? BrainyQuote.com says it was but sententiaeantiquae.com argues that it wasn’t. Either way, “The whole is greater than the sum of its parts” is one of the most recognised philosophical quotes in history. It is most often attributed to the 4th-century bc Greek philosopher, Aristotle. The problem with a 2400-year-old quote, though, is that it will inevitably fall into the realm of the cliche. But cliches are not to be underestimated. The whole is, indeed, greater than the sum of its parts. That’s why Leicester City won the English Premier League in 2016, for example, and Greece won the European Championship in 2004. Both teams were underdogs, to say the least, who became celebrated examples of how a group of individuals can surpass the sum of their parts. Teamwork in its purest form; integrating the individuals to create something even more powerful.

In a previous blog, The CMS & LMS Dream Team (June 12th 2020) we spoke about how, combined, Competency Management and Learning Management systems would deliver the most comprehensive training management solution. It was the dream team. There is no point in creating a training event if the right people are not attending it. The CMS will tell you who needs to be trained, and in what, and the LMS will create and manage the course content. The need for the two systems to integrate was clear but that was only half the story.  There was an opportunity to create something even better, the ultimate solution.

In software development, the concept of integration has become increasingly important for the customer. They want their systems to work as a team, to integrate, to give them a solution that is greater than the sum of its parts.

Rostering, sometimes known as scheduling, is about knowing who is available to work and ensuring that the right people are working in the right place. What is meant by the ‘right’ person varies, of course, depending on the needs of the Fire and Rescue Service. It may depend on their role, for example, the number of hours they worked leading up to the shift, or the skills the Emergency Service needs on that day, at that location. Post-shift, the Fire Service also needs to know the skills staff used during their shift and the remuneration they might be entitled to. That’s a lot of data covering multiple systems: Rostering, Competency Compliance, Time & Attendance and Payroll but also, potentially, HR, MIS and Command & Control. The integration of those systems is teamwork in all its glory. 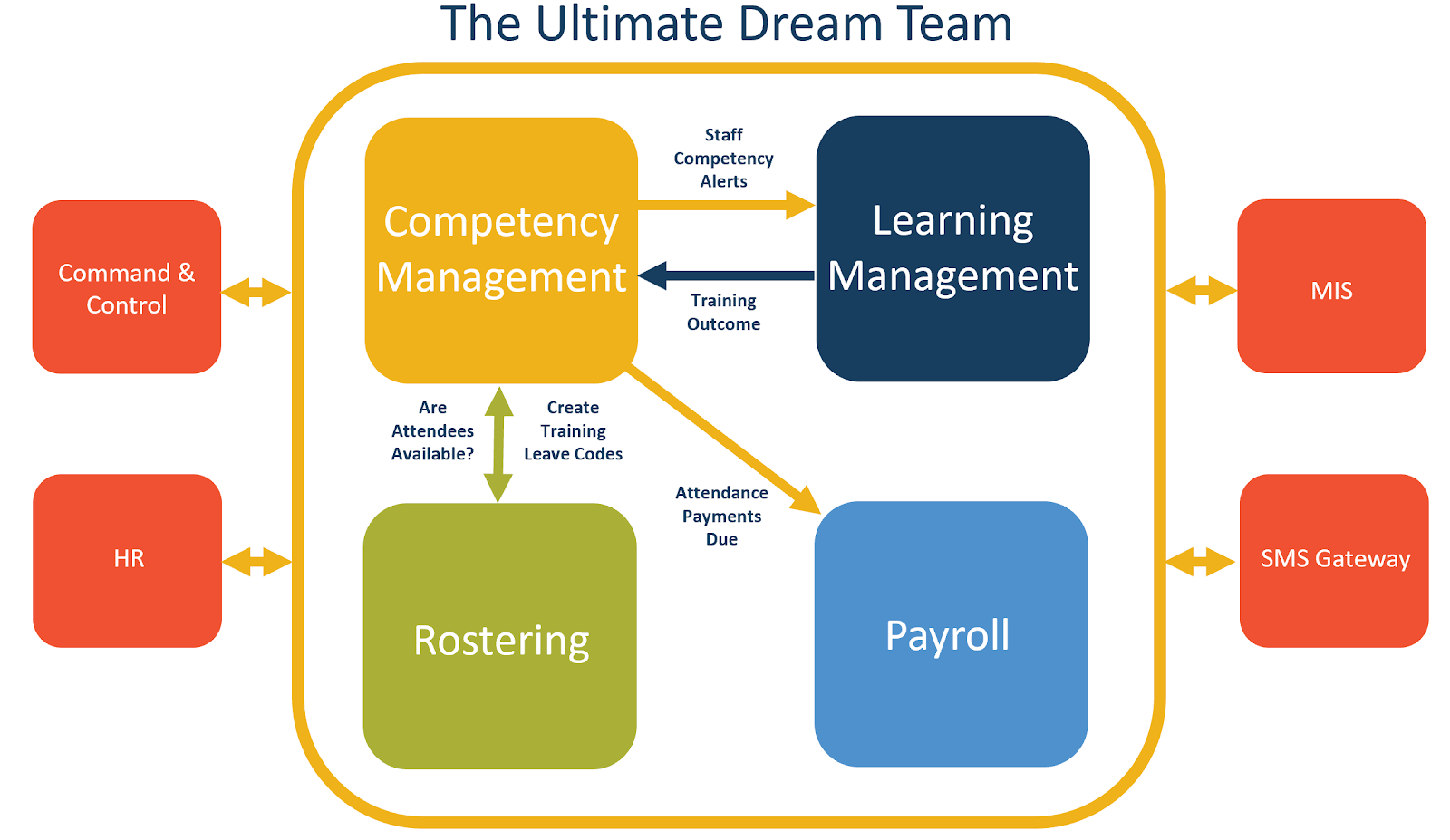 Fire and Rescue Services are entitled to expect quality solutions to address all their operational needs. But sometimes there is no one provider who can deliver a suitable system in that regard. In fairness, the Command & Control provider would be the first to admit that rostering, payroll and competency compliance are not their area of expertise. The customer gets that but they would still prefer as few providers as possible.

That’s why Gartan focuses on delivering more than just a rostering solution. Our strategy is to create multiple products that make the Fire Service’s life easier but it is important for us to focus on areas that add value to our related products. For example, staff competencies are key when determining if the right people are available so it made sense for us to create a competency compliance management product. Similarly, our rostering module tells the organisation who is available so it made equally good sense to deliver a time and attendance solution that managed the post-shift process.

Because our solutions are integrated, and because they integrate with our customers’ other solutions, the concept of teamwork i.e. the whole being greater than the sum of its parts, means the Emergency Service is getting all the benefits.